Winner: most inspiring team or organisation 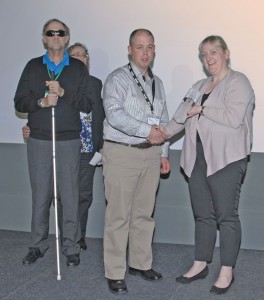 Whitegate Power Station in County Cork, Ireland is all about the numbers. It has a zero injury rate over the last four years. That period includes the time 400 people were employed building it.

How they’re achieving this safety record is also down to numbers: 27 risk-reduction projects in 2012, another 42 by the summer of 2013. But the numbers tell the story of an extraordinary commitment by the people at the plant. There are weekly safety meetings where everyone is encouraged to get involved. Hazard hunts reward improvements in safety and trigger the risk-reduction projects. Above all, there is a commitment to ensure everyone goes home safe every day.

One risk-reduction project made sure vehicles were ready for winter. But it didn’t stop at company and contractor vehicles, it was also applied to employees’ own cars. This made site traffic safer but also reduces the chance of an accident when people are on their way to work.

There’s many a health and safety manager would give their eye teeth to see an injury incident rate chart like Blueberry Foods’. A cliff-edge drop culminating, from September 2012, in a steady zero.

The company, which makes chilled desserts, introduced a health and safety strategy aimed at engaging its 250 employees and 150 agency workers. Training safety reps and improving communications were key to this. But they also improved the way they did risk assessments and standardised procedures.

Management buy-in was vital, and health and safety is now a business priority for the company. The policy is zero tolerance of incidents and learning from mistakes to prevent recurrence.

Historically, Blueberry foods had a monthly incident injury rate between 1000 and 1600. That dropped sharply as the strategy came into effect, and in the space of a year had fallen to zero.

This world-famous biscuit maker decided to formalise its commitment to safety by implementing the OHSAS18001 safety management system at its Carlisle plant. The key was to get all 850 staff involved. The first stage was a due diligence process to see how they were doing.

One day each month is given over to reviewing safety management en route to OHSAS18001. This includes checking weekly inspections, risk assessments and near-miss reporting. Although designed to catch any weaknesses, a big part of this review process has been spotting where people have been doing well. Highlighting and thanking employees where their approach to safety has been good is helping renew the company’s commitment to improving safety management.

McVities believes safety is the responsibility of everyone and the company aims to involve all its employees is health and safety activities. They have trained people from all areas of the company in a process called safe working observation procedure. These people have a target of using the process to discuss safety with others at least twice a month.