Winners: most inspiring campaign or initiative 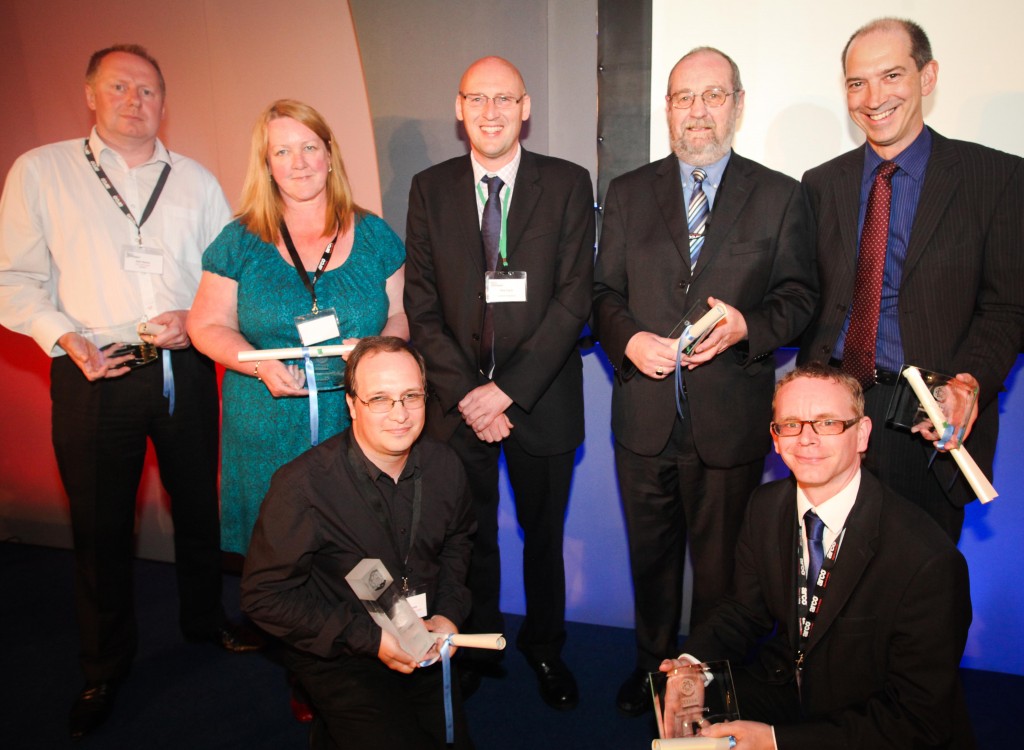 Highland Spring wanted its best practice behavioural safety programme to be memorable and fun. So they take safety representatives to the local safari park. Here they watch meerkats from the Kalahari Desert and see how these animals naturally work as a team to behave safely.
In the programme, delegates learn about risk assessments and they get to test their new skills by working out the hazards and the controls needed with some of the most dangerous animals in the park: lions, tigers, rhinos and elephants.
The initiative has contributed to a 100% pass rate of the REHIS Intermediate Health and Safety Awareness course. One Highland Spring person had the best performance in the country in 2011 and was awarded the Highfield award.
The result of the programme is that the hazard reporting rate at Highland Spring has improved by over 100% in 2011. There has also been a tangible improvement in safety culture.

Safe by Choice is an initiative designed to change the behaviour of staff in Atkins rail business and reduce the risk of accidents. It involved four different workshops and a communications campaign to raise awareness of safety.
The programme has been delivered to 1600 rail staff and contractors in the last 12 months. It includes a regular tour by directors and managers to assess levels of safety and to hear from staff about their safety concerns.
An indication of the greater safety awareness it has created is that nearly four times as many near misses were reported last year compared with two years previously. The number of minor accidents fell by 50% and there were no major accidents.

The Making Safety Personal initiative is about what people can do to change their behaviour and that of others. To get people thinking, Balfour Beatty challenged five working groups and children from a local school to come up with a song to illustrate how they would make safety personal.
The message was that eliminating risk is simple. You can move to a safer working environment by changing your behaviour, not doing things that will cause risk or injury, not turning a blind eye or walking away.
The winning song was laid down at a recording studio and was played at the company’s awards. It left everyone thinking about making safety personal.

We owe it to our families friends and colleagues to come home safe: this is the basis for DHL Supply Chain Industrial Division’s Make the Promise, Come Home Safe campaign. In 2010, they sent promise knots to colleagues in warehouse and transport operations – a visual reminder to come home safe.
Safety actions plans were developed as a planned tool for sites to track safety improvement actions. They aimed to engage staff by including their ideas for improvement and sharing the responsibility for taking action. In 2011, 78 live plans were up and running and over 4700 actions entered to be reviewed by safety forums and shared across the business.
In 2011, there was a 65% reduction in lost time injuries compared with the previous year. Last year also saw £101,300 saved because fewer work days were lost.

The interaction between people has been one of the main benefits of Ginsters’ Risk Awareness Workshop. People with different roles are learning about behavioural safety from each other.
The company wanted to improve on the PC-based training it had been using and decided to develop a programme from scratch. The goal was to make it engaging and memorable. It uses a mix of practical training sessions, films and question and answer sessions.
Staff from all levels of the company have been involved in its development so that the practical experience of those doing the work has been built right into the programme.
Feedback from the new training has been positive. “The interaction was excellent,” said one delegate. “Good fun,” said another.

Cultural surveys carried out by Kier before its Positive Safety Leadership programme and again last year, showed dramatic improvements in how people think about safety. The majority of staff now believe safety has a higher priority than production.
Everyone in the company has been trained by a team from a range of disciplines including site managers, foremen and commercial staff. This has helped them to understand that everyone can be a role model for safety.
Prior to the programme, the company’s accident rate remained more or less static. When it started in 2008, there was a dramatic fall in accidents and the rate continues to decrease each year.